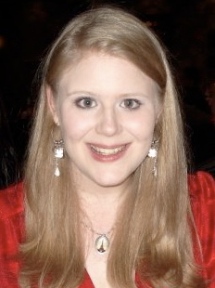 As a social historian and digital humanist, Julia M Gossard researches the history of childhood, especially how children, education, state formation, social reform, gender, and global expansion were intertwined and affected one another during the early modern period in France and her colonies. Julia is an Assistant Professor in the History Department at Utah State University and a Distinguished Professor of Honors Education in the Honors Program at USU.

Several organizations and institutions have sponsored Julia’s work. The Society for French Historical Studies awarded Julia the Marjorie M and Lancelot L. Farrar Memorial Award for the best dissertation in progress at a North American university. The American Historical Association’s Bernadotte E Schmitt Research Grant, The American Society for Eighteenth-Century Studies, The Newberry Library, the History Department and College of Humanities and Social Sciences at Utah State University, the History Department, and The Graduate School at The University of Texas at Austin have also underwritten her research.

In 2015-2016 Julia was an Institute for Historical Studies Postdoctoral Research Fellow.  During this year she wrote the book manuscript (“Coercing Children”) of her dissertation “Reforming Children: The Pedagogy, Commerce, and Politics of Childhood in the Early Modern French World.” Her pioneering investigation in the use of childhood as a central category for historical analysis reconfigures the history of childhood in early modern France by considering children as actors as well as subjects.  Visit her Research page to learn more about her research and publications.

Julia attended Southern Methodist University (SMU) in Dallas, Texas where she earned a Bachelor’s of Arts in History with Honors in the Liberal Arts and Departmental Distinction in History. During her time at SMU she studied abroad at their campus in Paris, France for a year to perfect her French, hone her history knowledge, and embark on archival research. Since graduating in 2008 she has served as SMU-in-Paris’s Assistant Director and Program Assistant, making her a study abroad specialist. Entering The University of Texas at Austin’s History Department in Fall 2009 with a fully funded recruitment package she earned her Master’s of Arts Degree in History in 2011. With the enthusiastic endorsement of all committee members, in August 2015 Julia was awarded her PhD in History.